A day in London

Graham was up early and set off before I’d even risen from my bed. Breakfast was taken on the move because there are no locks on this arm and we had planned a busy afternoon. 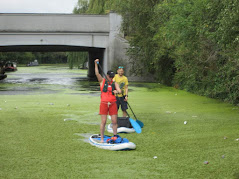 It was a pleasant enough cruise into Paddinton despite the extra engine effort needed to plough through total cover duck-weed. A couple of paddle boarders were pleased that we cleared an easier path for them for a while. There are great lengths of moored boats and floating homes along here keeping our speed well down once we had passed Perivale. 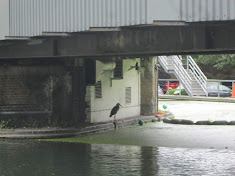 It was strange to see plenty of empty moorings in Little Venice but it was just as well that we had booked a berth in Paddington Basin. The good news is that the basin now has a Coop (see previous posts) for ‘free stuff’ and a Brewdog bar. The bad news is the number of paddle boarders and go-boats to try and avoid.

Then off on our adventure – first we visited the Museum of London at the Barbican. Due to a lack of foreign tourists it wasn’t very busy and so we saw everything with ease. Then off to Petticoat Lane, where the market was packing up, to go for an early meal (with cocktails) at the London Steakhouse.

Once we had eaten, we then went to the Shard for our pre-booked visit to the viewing gallery, the second part of our Christmas gift from Matt and Alice – thanks! When you enter the Shard they take your photograph, I presume to sell it to you on the way out like flumes and roller coasters. The photographer says “smile please”. That made us laugh as we were all wearing masks – not even the photo that you’d want really!

Back to Jannock via the Brewdog bar where I had a cup of tea and Graham sampled several different beers. I discovered that I like Dead Pony Club which made him happy as he gave me the rest of his to go and try something else.


Our mooring in Paddington was /// deny.wolf.slate

A timelapse video of the run in is at https://youtu.be/FofVbQo8NTI