We arrived at Market Bosworth and went to the wharf to find Jannock. We then cruised all of 100 yards to the water point and then another couple of dozen, under the bridge,  onto the visitor moorings after filling up.

Then it was a couple of miles to the festival site, at Market Bosworth rugby club, to drop off Graham’s competition entries and contributions to the free bar, sign in and sample a few of the beers available. Our tums began to rumble after a couple of hours so it was back to the boat via the chip shop – Batter of Bosworth – for left over venison and pheasant casserole with  .  .  .  .  chips!  As the rain set in Graham returned, walking the 2 miles each way, for more beer and chap chat.

As it chucked it down all night G’s first task (before I even got out of bed ) was to find where the drips were coming in. A grey, wet and not warm morning with a 40 minute trek to the festival ahead. Lectures started at 10:30 and G wanted to be there. Lunch would follow and I was to join him then. 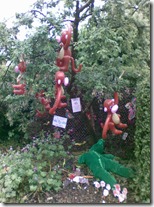 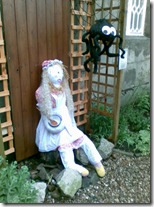 Market Bosworth has a scarecrow festival this weekend. What a pleasure to see all the scarecrows, some are just cardboard cut-out tableaux painted up so the theme has been interpreted loosely. The theme this year is nursery rhymes, and the entry numbers went beyond 50 that we could see. A great community event.

The two mile wet hike to site wasn’t too bad; but 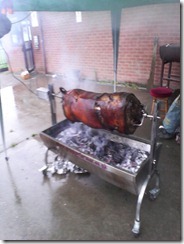 my socks got so wet I had to hang them above the hog roast to dry. They can just be seen in the top left of the picture. I hurried to arrive in time for lunch at 12:30. The lunch arrived at 15:00. We met a lot of friendly folk all happy to chat, swap recipes and brewing know how. There was a free ‘help yourself’ bar which seemed to replenish itself as bottles, crates and barrels of beer, cider, mead and wine ran out.

G’s beer won no rosette (there were a lot of entries in each category) but was enjoyed and complemented by many. Best of all, un-solicited praise by the lady who sported the ‘Best in Show’ rosette for her 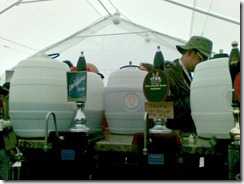 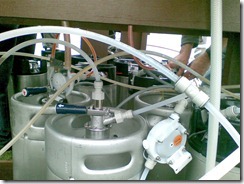 Graham did me proud as the evening drew on by producing a half pint of tea. Not the ‘Hogs Back TEA’ but PG tips  sneaked from the rugby club kitchen. As beddy-byes time approached and the ability to focus ones eyes failed us, the rain finally stopped. We called a cab and went back to the boat.

P.S. In the world’s fastest no-nonsense quiz our team, Soup Dragons, did rather well. We felt we needed to investigate “What Oxfordshire village links with David Beckham?” once we’d got home. (Apparently it’s the village of Golden Balls near Abingdon.) 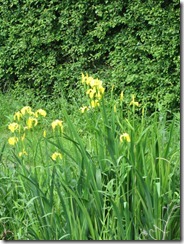 Graham was up and at ‘em, tea in hand, at 8 am. I guess no-one had kept him awake most of the night snoring! The rain had stopped and the sun was peeping through so Jannock set off back down the Ashby to find the Coventry canal again.

We met a few northbound 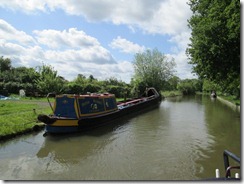 boats but apart from that it was a pleasant cruise in reasonable weather  that improved as the day went on. Down to past ‘Apple Tree bridge’ (where we harvested apples during our last visit to the Ashby) to Marsworth junction where we made the easy turn to the right. On through Nuneaton and out past Springwood Haven to Hartshill where we moored on the 24hr moorings. Graham went off on the Di Blasi to fetch the car from Market Bosworth while I cooked dinner. On his return, we ate and then off-loaded our stuff into the car before we moved the boat onto the 14 day moorings and headed home.

We arrived at Jannock after a very slow journey from home. A motorway closure, Friday evening rush hour, diverted traffic on the A43 and agricultural vehicles on the A5 made for lots of queues and delays. Triffic!

We had just enough time to dump our chattels aboard before walking up the Hinkley Simla restaurant in the ‘Old Port House’  at Hinkley wharf.

A pleasant meal in the company of the crew from nb Grace. They did a good takeaway business while we were there, good for boaters as it’s only 5 mins away from Bridge 16 on the Ashby. 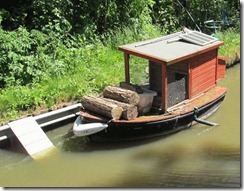 into a freezing gale. We travelled up Stoke Golding and Market Bosworth (who built that marina there? It wasn’t there last time we came up here), through Shackerstone to the end of the canal at Snarestone. We were accompanied for some of the journey by the very agricultural smell of muck spreading. When we got to the canal 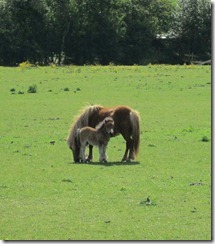 terminus basin we were not able to try out the newly opened section as it does not have a winding point at the end and it was far too windy to try and reverse the length of it. I turned Jannock, with the wind hindering rather than helping, before we moored up just south of the windy hole. During the turn I discovered that having a lift up ‘Black Prince’ rear fender allows you 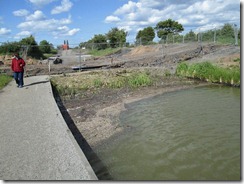 to reduce the length of the boat by almost two feet just by lifting it up with the boathook. Having visited the Ashby Canal Society 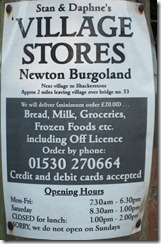 buildings and then walked up to the very end for a look-see we then made our way back to Shackerstone where we moored for the night.

After dinner we enjoyed a walk around this charming village that has the following facilities. One church, one pub, one children’s play park and a preserved railway station. It also boasts the remains of a motte and bailey fortified establishment. We were amused to note the name of the village where the nearest shop is – Newton Burgoland. Never seen that name anywhere before.

Posted by Jannock at 8:30 pm No comments: