The pictures from last weekend

As promised, I have extracted the photos from Ian’s camera and here are a selection:- 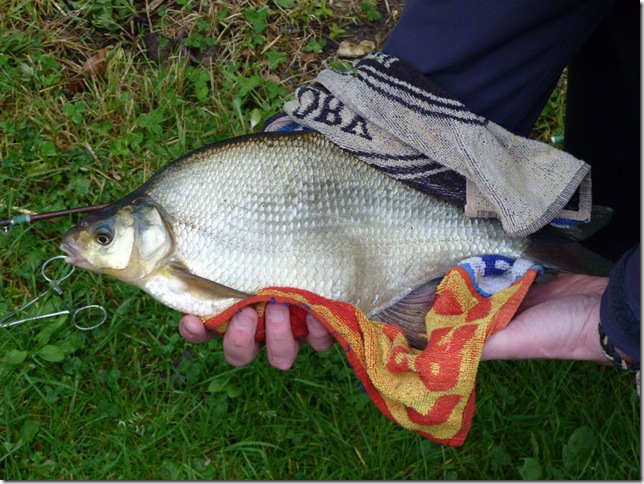 This trip was un-usual with some respectable fish being caught – something to do with more time available as we didn’t move at all. 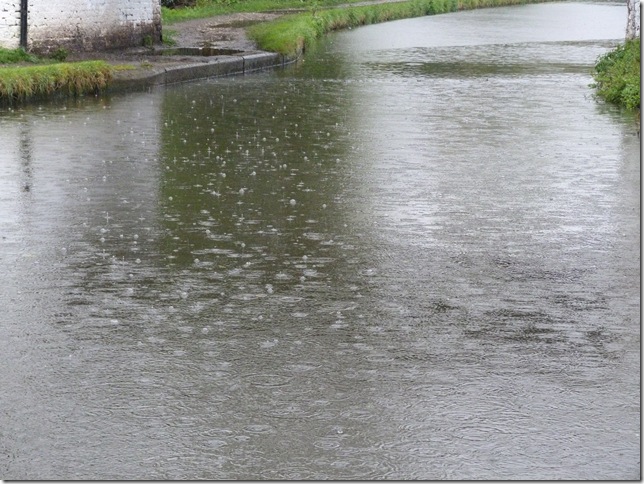 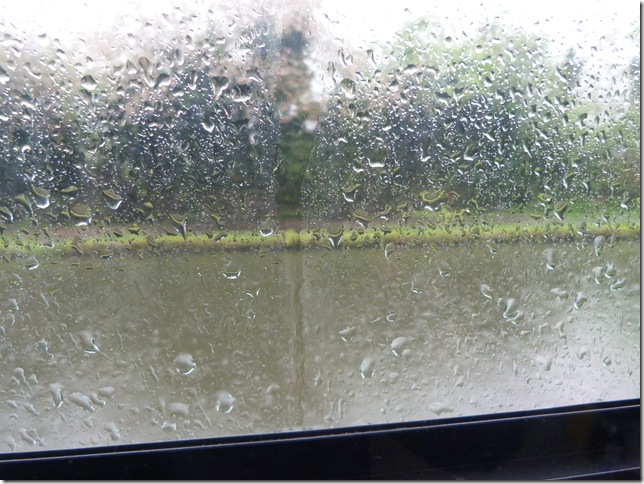 A couple of examples of why we stayed put on Jannock’s home mooring all weekend. 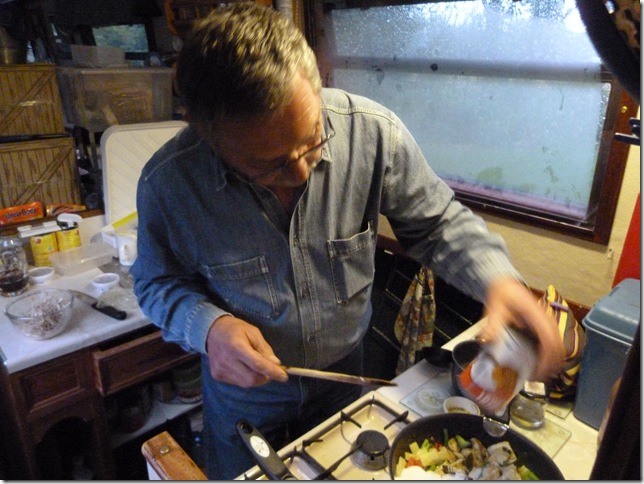 Brian creating his excellent Thai green curried chicken evening meal – it’s wonderful what you can achieve with the right tuition, thanks to the Rising Sun.

Ian, usefully using his time whilst Brian cooks the dinner. 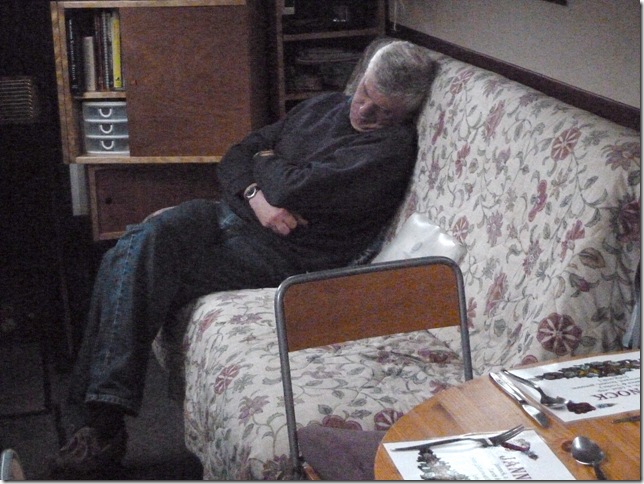 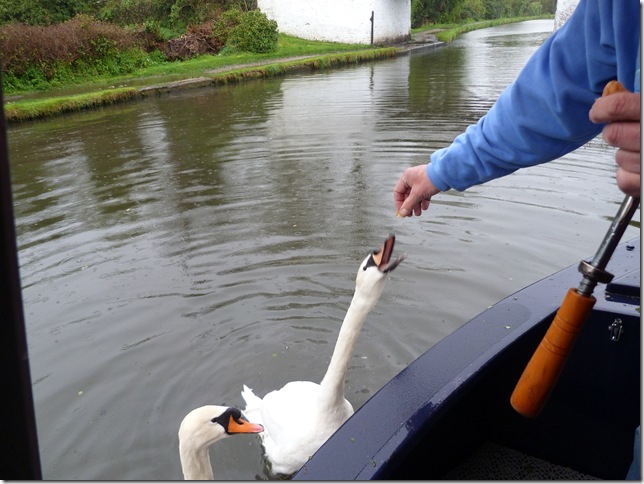 Brian took the time to get to know the locals.

As we approached Hemel Hempstead by car last Friday the rain started to clear so we unloaded the stuff onto the boat before venturing into Berkhamsted for fish and chips. These were obtained from the Berkhamsted Fish Bar located at the railway station (as it happens, a short walk from the canal) and were excellent. The fish was good and relatively low fat whilst the chips were of the ‘twice cooked’ type. It was raining when we returned to Jannock and that was how it stayed for most of the weekend. The ale selection for this trip was Vale VPA and Vale Red Kite.  Six games of Soddit later we retired to bed vowing to decide whether to move or not in the morning.

Saturday morning arrived and it was still raining so after breakfast we started playing cards again. Late morning Ian and Brian decided it had eased off enough to try a bit of fishing. Quite successful as it turned out with them catching a total of 5 fish each. Ian won the prize for biggest fish with a good size bream (pictures to follow). The afternoon was spent fishing or playing cards with the main session commencing after Brian’s excellent Thai green curry. It should be noted by keen Soddit cruise followers that this is the first time that Brian has ever prepared the Saturday evening main meal and he was so determined to get it right he even went and had cooking lessons at the Rising Sun Thai restaurant in Thame before the weekend. The evening Soddit session saw another 6 games being played before we retired after midnight.

Sunday arrived, and went, much the same as Saturday but the rain was heavier – so more Soddit was played between breakfast and lunch. Early afternoon the rain stopped and so we took the opportunity to move our belongings into the car ready for the journey home.

In summary then – not so much a Soddit cruise as a Soddit stationary with some added good fishing. I was surprised because less beer was consumed than on other trips when we have been moving. I cannot put any pictures up to accompany this blog now because they have not been passed to me yet so I’ve included lots of links instead. I will publish the photos once I have them from Ian’s camera.