We were quickly aboard, unpacked, fed and loosed off and into Seend locks. We’d paired up with a livaboard doing a ‘move’ at the first 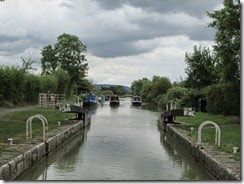 swingbridge, an arrangement that worked very well. She had the best behaved boat dog we’ve ever met. It didn’t like going through locks on the boat so went landside and just wandered along opposite her boat. After all seven locks had been passed through, some 3.5 miles later, the dog happily hopped back on board. 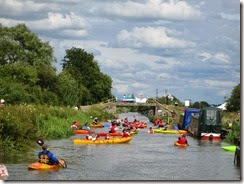 Near Semmington there was a canoe rally or event happening. As we approached, the safety boats got every one out of our way to let us pass.

We took a young lad down through one lock Semington top lock. He’d been walking along with mum and dad and was very interested in how the locks worked. Dad did his best to explain but we thought he ought to experience a lock passage from the water. He told Brenda that his Nanna and Grampy had been on the Panama canal and were currently going up the Amazon. Fred Olsen goes places that Jannock can’t.

Also at Semington top lock, the offside ground paddle was not functioning. The mechanism had become detached from the paddle. I relocated the two parts together and fitted a new bolt to make the paddle function properly again.

We passed down through the lock at Bradford-on-Avon and were lucky to find a mooring almost immediately below the lock, just past the Cafe. Beware of this lock if your boat is 60 foot long and going down. Your back deck will get washed. Brenda got so wet that she had a soggy bottom. 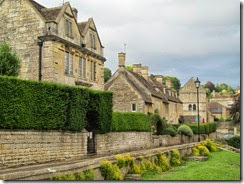 Supper and then a constitutional. Bradford-on-Avon must be explored. It’s a beautiful little town. Mooring below the lock is ideal as you can walk into town from the Tithe barn and Barton farm area. Or you can cut across the cricket pitch a little 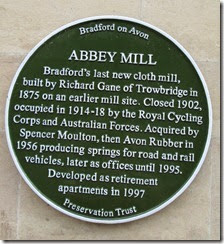 nearer the lock. Both cut a fair distance off of the road route. If your small crew members need to let off a little steam then there are fully equipped play areas next to the canal or at the Barton Farm park. Nice tea shop there too if you don’t want to walk into town. The pub near the lock, and beyond the cafe, sell humungous soft ice-creams at the bar.

Walking back to Jannock we happened across a party-boat crew doing their best to get matching party hernias. 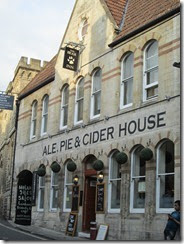 They were trying to break the top gate seal when the water level difference was approx 200mm because the lock was taking ages to fill. Not flippin likely. They told us the lock was broken and they were dropping and lifting the top paddles again and again to make them work properly. I went to the bottom gates and spotted that one of the gate paddles was still open – that would explain their problem.

Back to Jannock by 10pm but no Three coverage here to the blog post is a day late.