In praise of Tilley hats

In 2004 Brenda purchased a Tilley hat (type T3) as a present for me and  it has been my ‘boating hat’ ever since. Although not cheap, one of the benefits of the Tilley is a guarantee 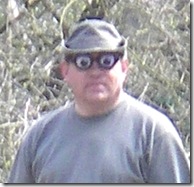 against loss or damage.

In 2006, whilst we were doing the Basingstoke at Easter, I found a pair of googly 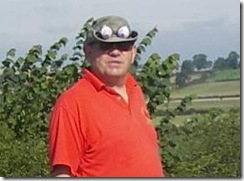 eye glasses floating in the cut and ever since then my Tilly hat has sported then on the brim where they attract lots of comments, both complementary and not, from almost everyone we meet whilst boating.

After this year’s Cutweb rally, she (who must be obeyed) confiscated my hat for yet another visit to the washing machine in the name of hygiene. When the wash had finished she was aghast at what she found and then had to break the news to me that my beloved hat had suffered in the wash and now had a large tear just above the head band for about 30% of the circumference.

I decided to check out the guarantee conditions on the Tilley website and found that if I returned the damaged hat to their Cornwall address with a cheque for £5.00p they would replace the damaged item. I could even request that the original hat is returned to me as well. So the hat was posted back to Tilley on Thursday 20th September and lo behold, a replacement arrived on Monday 24th September accompanied by my existing hat which now sported a large letter R indelibly marked on the inside lining. 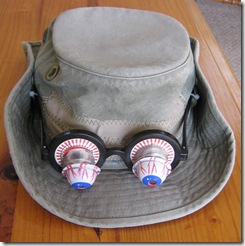 Brenda then attacked the old 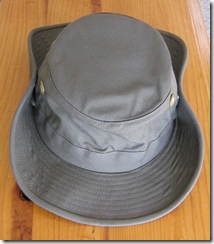 hat and repaired the damage so that it could still be worn. If you look closely in the picture (left)  you can just see the repair  behind the googly eyes which are now refitted in their rightful place.

A big Well done! to Tilley Endurables for a service better than I expected – definitely worth every penny of the original purchase price and worthy of a Jannock recommendation..