Napton on a bank holiday–why do we do it?

We started by being second in line for the first lock with another boat behind us. Descents were interspersed with ascending boats of various skill levels. The Kate boats crew in front of us had a habit of leaving the top paddle up whilst trying to empty the lock. They were embarrassed when this was pointed out but it didn’t stop it happening at the next lock as well. They did, however, back set for us where they could.

A Calcutt hireboat heading up the flight had a crew of six who all got onboard after a lock and then had fun and games trying to get off again at the next lock, all of approx 20 metres. In the lock, mum had to climb the slimy ladder and then take ropes from front and back before realising that the windlass was still on the boat. We persuaded them that walking between locks was OK and that ropes were not really required in a narrow 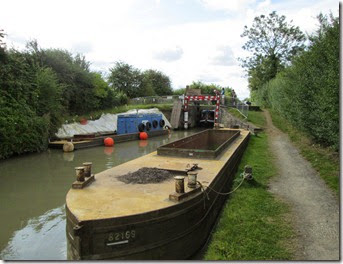 lock.  Try telling that to a Thames lockie came the response. Well, these locks and Thames locks are totally different beasties.

As we were descending lock 10, where CaRT are working to shore up the wing wall, another boat turned lock 9 that was set in our favour and waiting for us to enter. This meant that we now had to try and shuffle three boats around in the intermediate pound which already had two CaRT workboats in there. The lady was not impressed when I expressed my disappointment that they could not wait a few minutes and instead had now created a log jam in between 9 and 10. 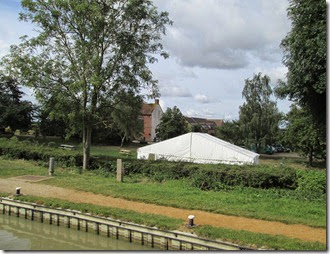 in the garden. This must have been where the ‘music on the wind’ was coming from last night. Once we were on the Napton to Braunston stretch, Brenda went inside to have a shower and I immediately came across a loaded plum tree on the offside just past Wigrams turn. Luckily there was little traffic so I could hold Jannock on the offside and harvest a load for Brenda’s Plum Vodka that she has obtained a recipe for. 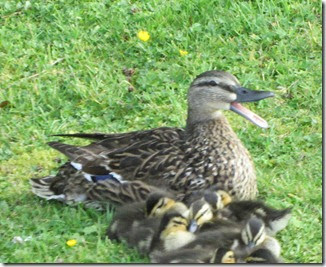 We went into Braunston and did a water-fill/pumpout at the sani-station before winding at the marina entrance and heading North on the Oxford. We had a good run with no issues until we passed Wharf Bridge at Hillmorton where we spotted a couple more plum trees on the offside in the narrows and raided them as well.

Today we spotted Goody Two Shoes, Rosie and SilverCrest which are all Cutweb member boats