The only way to walk a spaniel

We were up and away very early (for Jannock) this morning hoping to avoid the worst of the heat. Brenda was even awake and had her breakfast when we set off at 8am. As she said – “needs must!” 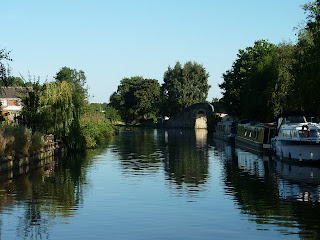 As we passed the top of the Rufford Arm there was a widebeam waiting for the locks to be un-locked …… homophones are such a nuisance. We were dismayed a while later when we learnt from Farcebook that the locks were closed awaiting scenes of crime officers. 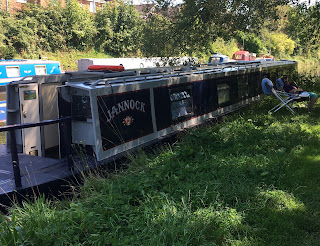 We had a pleasant three hour cruise through Parbold and Appley locks where we hoped to find a shady tree above. No luck as the towpath is so wide that all possible shade was too far from the water. On through Appley Bridge to find a nice tree overhanging the canal just past the Boathouse pub. 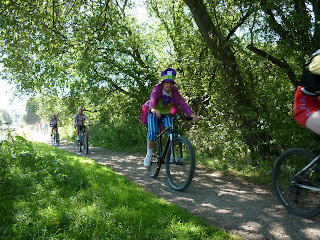 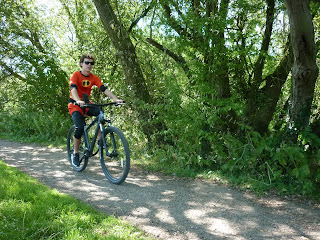 To offset our thoughts of a crime scene we settled on the shady bank and watched a sponsored walk, numerous dog walkers and a sponsored rugby club fancy dress cycle ride pass. Brenda especially enjoyed the concept of a mermaid riding a bicycle. 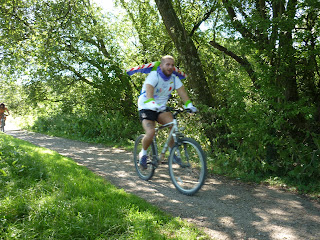 The Parbold charity boat passed both ways taking disabled folk on a cruise and in the evening we even had a Wigan disco boat come down and wind opposite the boathouse before returning the way they had come. The party revellers had been at it for hours according to the staff member who manned the swing bridge.

During the early evening, Graham’s highlight was the couple walking their spaniel down the canal – them on the towpath and the dog swimming on a very long lead. 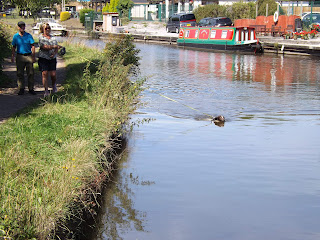 All-in-all, we had found a very nice shady spot for all day so the boat did not get too hot and we had entertainment on tap as far as the towpath and canal traffic was concerned. 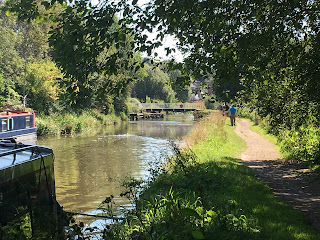 Planning on doing similar tomorrow before the final push into Wigan on Monday ready for our afternoon booking through Poolstock locks.