The morning crept up on us as there was no sun first thing, that came out later. There was a lot of wind though so Graham’s first task was to help out the ‘roving botanist’ who had stopped in front of Jannock.

She had made an early start having found that her mooring pegs had come (or been pulled) out and were lost in the canal. Unfortunately her hire company didn’t supply the type with rope loops welded on and so she had only been able to loop her ropes around. Luckily the breeze was blowing her boat onto the bank, unlike where she had stopped in front of us where it was desperate to get her boat across the cut. 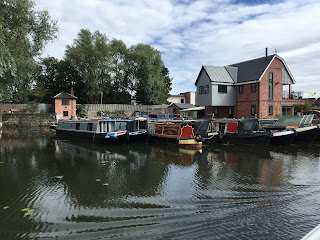 An extra pair of hands to help her moor the boat with the addition of two donated mooring pins (thanks Brian of Harnser) set her right. She is off to run a photography workshop in Leigh library this afternoon and was praying that sunshine would come out. It did! 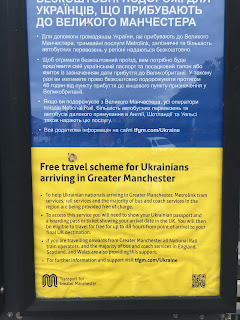 We went back into Leigh to wander around the market. We will forever refer to Leigh as ‘Pie Town’ from now on – never seen so many pie shops and stalls in one town before. Back to Jannock armed with DVDs and books as the nights are drawing in. 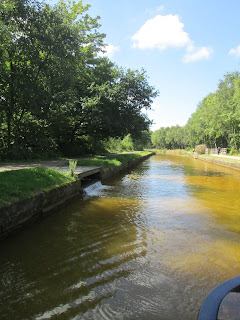 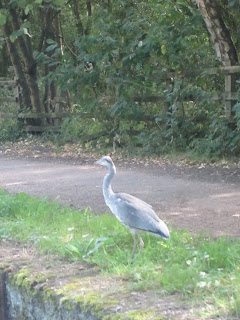 We set off at 11am towards Worsley and had a pleasant cruise in the sunshine even though the wind was cold. As we approached the motorway bridge we spotted a water feed into the canal, this is being pumped in from and underground source. 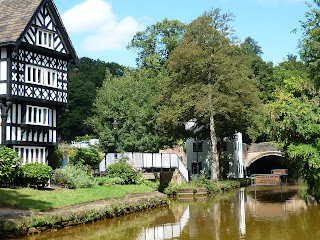 We have been tasked by an old friend of ours to find Worsley old Post Office as her mother, Dora, was born there and spent her early years in Worsley. Her parents had been post master and mistress there at the time. 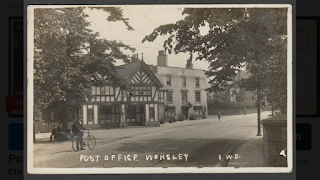 We had an idea where in the village it was likely to be and headed off once we were moored up. Graham had done a Google search and found a post card for sale on Ebay that showed Worsley old Post Office. We got side tracked as they have now finished all the works showing the history of the Delph, and then decided that we had no idea where else to look as nothing looked right. 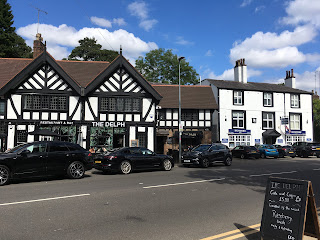 Graham had a lightbulb moment and wandered into the estate agents office to show them the picture and see if they could help. Various suggestions of possibilities came from the girls in the office with nothing definite, until they asked Paul, who was outside on a mobile call. He pointed out that we were in the building beside the Post Office in the picture and that the pub/restaurant next door was what we were looking for. 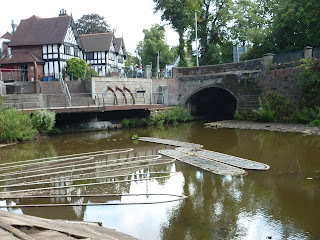 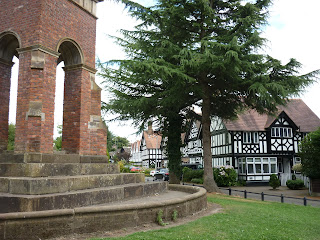 On the way back to Jannock we noticed the old lime kilns and went to investigate. We came away from there with a baseball cap full of superb blackberries. A Worsleyberry spot to remember. 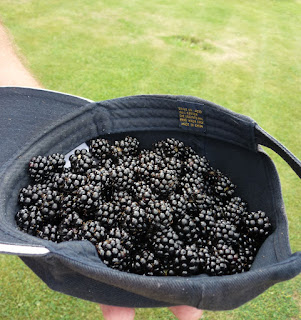