And back to Bourne End

07:00 - and Graham is up and off to move the car from Soulbury to the mooring. 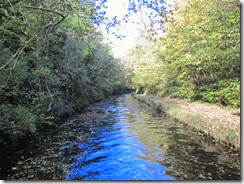 The weather has been kind but a busy winter ahead with one thing and another, maintenance and family to fill the short days. Plans for 2015 – there’s a home brew festival up the Ashby in June .  .

We had an easy run to our mooring – we caught up nb Picot again at Dudswell locks and shared again all the way to Berkhampstead. He was 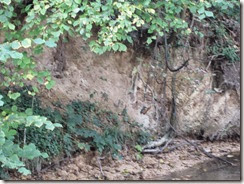 complaining that he had left our company yesterday and joined up with “an inefficient crew”. His words, not ours. We also gave a trip through the lock to another couple of children who were out with Grandad walking the towpath. 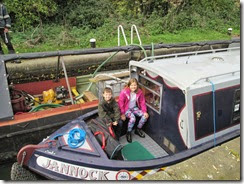 At Berko he had three clients to empty and so we left him and did Berko and Ravens lane locks solo. At Rising Sun we caught up nb Gloria, who was single handing down to Apsley , just in time to feed him a cup of tea as well.

Treat of the day was being watched, as we passed, by a Kingfisher sat on a branch on the side of the Tring summit. Graham even managed to stop Jannock, and then reverse back so that I could take this picture – shame we haven’t got a good SLR camera with a zoom lens.

Beer of the weekend was Elderflower Ale. Commissioned by me and brewed by Graham. It’s delicious, refreshing and lowish alcohol and WILL be made again next year ;^)